The Roman typefaces used in Chinese and Japanese text

This blogpost about Chinese and Japanese typefaces was originally published a few years ago on an old blog. It was recently posted to Hacker News, where it spawned an interesting comment thread, so I've decided to repost it here.

I wondered why pieces of English text written in China or Japan often used the same, awkward but oddly appealing, typeface. You can see what I mean in this screenshot from the QQ website: 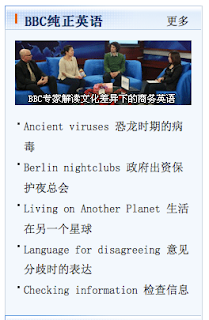 It took a while to find the answer. It was much easier to come by information on how to write Chinese/Japanese with a Roman font than the other way around! From this Ask MetaFilter post, it seems that the Roman letters are tacked onto fonts almost as an afterthought, for when you need to interject a few words of English into your Chinese website, for example. Hence, they aren't really optimised for the eye of a non-Chinese writer, or perhaps aren't optimised much at all, and usually look like this. It's not one specific font as I thought.

I also found this page, explaining/complaining about another common feature of Roman letters in Japanese: stubby ascenders and descenders. If letters that fit neatly into a square box can't be found, sometimes the y or the g stands up on its tail next to the bs and cs - quite an odd effect!

When I worked at DataCo, I saw a lot of the first typeface on Japanese and Chinese university departments' webpages. I looked at some of those for an example for this post but not patiently enough to find one: the universities' English front pages are, of course, all very smart and purpose-written. You need to drill down to individual professors' pages to find the good stuff. That was where I got my taste for it.

If you crave the look of Chinese Roman characters like I do and want to use them yourself, never fear. This useful page will tell you which Chinese fonts are installed by default on Mac and Windows computers, and where to get open source and proprietary fonts as well. Actually inputting Chinese text is more complicated (I assume this is similar for Japanese and Korean) but you can just type away to get English letters.

but there are more I haven't tried yet. I wonder how irritated people would get with me if I wrote all of my reports in this ugly, charming style.